On the 18th November 2012 at Penglais School team went to the British Schools Orienteering Championships at Delamere Forest near Chester.

This was a great forest area with a good network of paths and interesting contour detail. We had a great time and it was a really sunny day.  We came 12th in the Large Secondary School category which was an excellent result for our team of 11 as some schools had a team of 70 pupils. The 9 team members with the best scoring results count.

There were nearly 1000 pupils competing at the event from 139 schools. There was a commentator announcing results as people ran in to the finish, it was very exciting waiting to cheer team members on as they came in to the finish line. At the finish we were each given a gingerbread man with an orienteering kite on it, which didn’t last long. Well done to everyone who competed.  I hope we can go again next year. 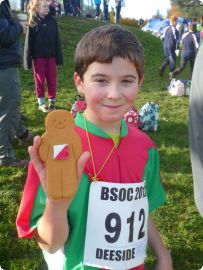 Tom with his gingerbread man 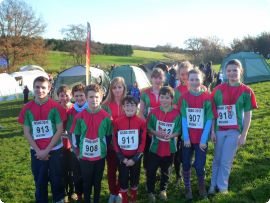