A Team of six POW Mid Wales Orienteers Juniors came second in the Norwich cup (for clubs <100 members)  in the Peter Palmer Relay competition held at the Beacon Barracks, MOD Stafford on Sunday. Twenty five teams took part in the relay which started in darkness at 4.45am in the morning. Relay legs ranged in length from 2.9km to 7.2km with the clubs final team member finishing at 8.53am

The team also won the Welsh trophy after two members of the more experienced Eryri team missed punched, baffled by the complex course and the early start in the dark. Major Drummond who planned the courses congratulated the Mid Wales Juniors on their success. They will join the rest of the Welsh Junior squad at the end of the month to compete in the Junior Home Internationals in Northern Ireland. 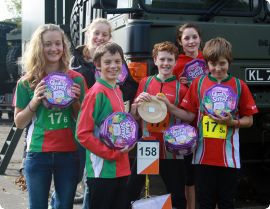 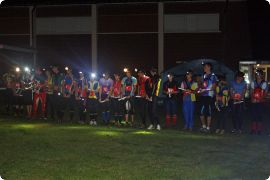