On the 8th of September, POW took a junior team up to Keswick, in the Lake District for the Peter Palmer Relays. The race was held in Hawes End and it started in the dark at 4:45 am with the first and second leg runners wearing head torches. There were six legs, each one of a different level of difficulty. Our team of Megan Cater-Davies, Fay Walsh, Alastair Gardner-Smith, Dafydd Thomas, Catrin Skym, William Thomas and Joe Thomas did extremely well coming 10th overall and winning the Small Clubs and the Best Welsh Clubs categories. Megan also had the fastest female time on leg 1. Well done to all who participated and thank you very much to Kate and Gabriella who were the drivers.

Article written and submitted by Fay and Megan 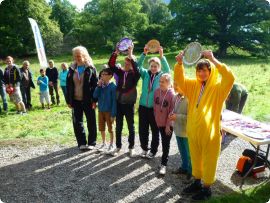 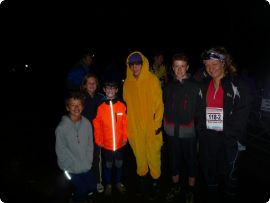 The team at 4.45am to cheer on Megan at mass start 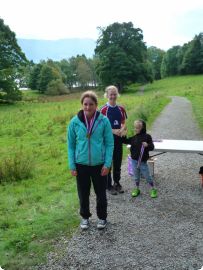