On 7th July twelve of the club’s Junior Orienteer’s travelled to Lincolnshire, to compete in the prestigious Yvette Baker Competition.  Competing clubs had qualified for this competition by winning their regional races, across England and Wales, during the preceding three months. Despite their small club origins, the Powys Juniors proved a strong match for the best teams across England, finishing in overall 5th place. There were also three individual first positions awarded in their respective age group races, to Emily Thomas, Megan Carter-Davies and Harry Thomas.

A number of the older Juniors had the opportunity to train with the Welsh Junior Squad on their Sweden tour in August, and were in good form at the Peter Palmer Relays, in Keswick, Cumbria, on 8th Sept.  This unusual race format entails a relay starting at 4.30am, with six legs progressing through the dawn and culminating in a finish before 9.30am and breakfast. The first two legs run in the dark, dependent upon good head torches.  Again, there were teams from all over Britain, demonstrating a keen level of competition between clubs.  Mid Wales Orienteer’s came in tenth overall, and won the Norwich trophy for the Small Clubs Competition, for the first time. They also retained the trophy for the Best Welsh Club. Megan Carter-Davies won the medal for her leg, in the dark.

September has been a very busy month. 11 Junior members represented their country as members of the Welsh Junior Squad in two key competitions, the Junior Home Internationals, held this year in Brecon on Sept 14th and 15th, and the Junior Inter-Regional Competition, in the New Forest on Sept 28th and 29th. In each of these competitions, teams from England, Scotland, Ireland and Wales battle it out over two days of technical and challenging running to reign supreme.  The Welsh Squad took home the Judith Wingham Trophy from the JHIs in Brecon, placing third in the four nations. Megan had a first place in the individual races, and Fay Walsh was third.  At the subsequent JIRCs, the Welsh Squad came fourth out of ten teams, their best result in this competition to date.

Megan has been selected for the Great Britain team to compete in the European Junior Orienteering Championships in Portugal at the end of October. This is a terrific achievement and her club wishes her success.
Two senior club members, Clive Thomas, and Mike Kay, will represent Wales at the Veteran Home International Competition, held this year in Norfolk, in November.

The next club competition will be held on the Carneddau near Builth Wells, on Sunday 24th November.  Details can be found on the website http://www.mid-wales-orienteers.org.uk/. Anyone new to the sport is very welcome and assistance/introductory training will be available on the day. 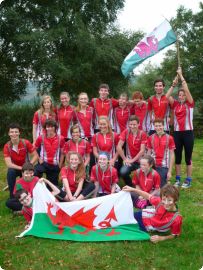 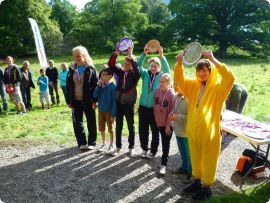