The inaugural Welsh round of the Yvette Baker Trophy competition was hosted by Mid Wales Orienteers.

Around a year ago it was mooted within WOA that the Welsh Clubs should hold a competition for Juniors – to be called Cwpan Y Ddraig (The Dragon Cup). Back in June, Mark Saunders (Junior Squad Coach) asked David Pal and me if we would be happy to tag this on to the POW Local event designated for the 20th November at Ffridd Mathrafal, near Meifod. The event would have to become a “Regional” event, with the addition of a Green course to our normal four courses of Yellow, Orange, Light Green and Blue. This we agreed to, with Mark acting as Controller as it is a Regional event.

What is the Yvette Baker Trophy competition (YBT) you may well ask?

As already stated, it is a competition for Juniors M/W10 up to and including M/W18s. These Juniors can choose to run any one of the four courses (regardless of their age (M/W10 up to M/W18s) Yellow, Orange, Light Green and Green. However, the one restriction is that only M/W10 to M/W14s are allowed to run on the Yellow course. Junior Boys and Junior Girls are scored separately on each of the 4 courses, giving 8 classes in total. The winner in each class scores 100 points; second place 99; third place 98; then 97, 96, etc. down to 0. Each club counts its 9 highest scores from across all 8 classes to produce its total points, subject to:

All the Welsh clubs (ERYRI, SWOC, SBOC & POW) took part, as well as DEE (based in Cheshire). As you can see from the full results below, there were over a 100 competitors - rather a large, but welcome, number for a POW event.

Parking the numerous cars was not easy, but under Tudor's, Kate's and Clive's guidance they all fitted in! David, Nia and Malcolm had a busy time on the Start, whilst Andrea and Bill were snowed under at the Registration/Download tent. Jenny provided some coaching, whilst Gabriella and family and Eunice set up shop on the adjacent picnic tables selling cakes and hot drinks for funds for the Welsh Junior Squad.

In addition to his job of parking competitors, Clive had agreed to take on the post of Manager of the POW Team. He made some canny decisions because POW beat all the other Welsh Clubs to win the inaugural Cwpan Y Ddraig. DEE won the Yvette Baker competition overall, but then they are at least twice the size of POW!

Bill and David were very appreciative of the Club members (too numerous to mention) who helped collect in the controls afterwards and also the input that Mark Saunders (Controller) gave them. A few of us then went to the Tan House Inn for a well deserved Sunday roast 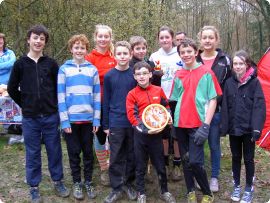 Members of the winning team from POW 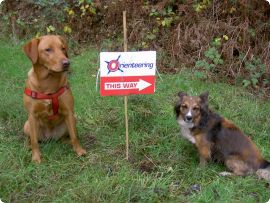 Izzie and Kimber providing directions to the event 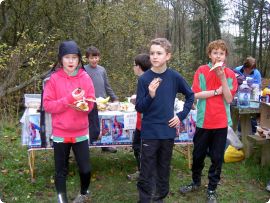 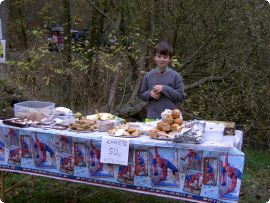 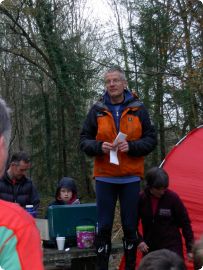 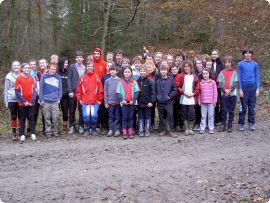